Vénus Khoury-Ghata came to France as a young adult, from the bilingual community of Beirut where she had begun to establish herself as a writer. Prolific as a writer of fiction as well as poetry, she made a conscious choice of French as her language of expression: she could have written in Arabic, as does her novelist/journalist sister who remained in Beirut.

She translates contemporary poetry from Arabic, notably of the renowned Syro-Lebanese poet Adonis, and the Arabic language often seems to speak through her French, in the elaborate, pithy figurative language in which she delights, in the landscapes and seasons through which her poems’ protagonists (hers are poems, often sequences, with protagonists) move. Audré Lorde’s term “biomythography” is often applicable to Khoury-Ghata’s poetry, as she makes larger-than-life, sometimes tragic and often wryly humorous poem-narratives incorporating her family’s, her region’s and her country’s history.

Though she has lived in Paris for over thirty years, the always-implied and often very specific landscape of her densely populated poems is always Lebanese, in fluid transformation from a fable-textured place of origin to the warscape of yesterday’s news. She is the author of seventeen novels and fifteen collections of poems in French, and was the recipient of the Grand Prix de Poésie de l’Académie Française for the totality of her work in 2009.

Five books of hers are available in Marilyn Hacker’s English translations:

In those days     I know now     words declaimed the wind
besides pebbles, there were moons, but no lamps
the stars would emerge later from a brawl between two flintstones

Where do words come from?
from what rubbing of sounds are they born
on what flint do they light their wicks
what winds brought them into our mouths

How to find the name of the fisherman who hooked the first word
of the woman who warmed it in her armpit
or of the one who mistook it for a pebble and threw it at a stray dog?

what do we know of the alphabets of sand buried beneath the feet of caravans
turned into silica
shards of glass
venerated by the camel-drivers as star-debris?

His song lit the first candle
It’s to that flame that we owe the first superstitions:
“Three lit candles mean there’ll be a quarrel”
“Four tapers around a bed call death down”

B came back with its mouth bearded with blackberries
F was staggering from having smoked devils’ weed
its ladder on its back, H pretended to have scaled the sound barrier

Words, she says, used to be wolves
they lined up on the mountain peaks to tell the moon about the difficulty of
climbing the slope
the complacency of the flocks
and the chaotic movements of migrating clouds

Words, she says, are like the rain     everyone knows how to make them
you only have to wring a cloud out upside down and Noah will write with
both hands
It rains to teach the streetlights how to count
to sow disorder among the pigeons
raise the hackles of the laundry hung on clotheslines

Published with the permission of Vénus Khoury-Ghata & Marilyn Hacker 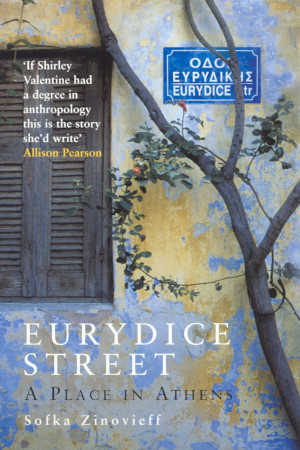 
Then again, a euro from a few would keep this site going and should there by any chance be any "plethora" it would be thrilling to let that be a foundation for an annual Mediterranean Poetry competition.

This website uses cookies to improve your experience while you navigate through the website. Out of these, the cookies that are categorized as necessary are stored on your browser as they are essential for the working of basic functionalities of the website. We also use third-party cookies that help us analyze and understand how you use this website. These cookies will be stored in your browser only with your consent. You also have the option to opt-out of these cookies. But opting out of some of these cookies may affect your browsing experience.
Necessary Always Enabled

Any cookies that may not be particularly necessary for the website to function and is used specifically to collect user personal data via analytics, ads, other embedded contents are termed as non-necessary cookies. It is mandatory to procure user consent prior to running these cookies on your website.