Christopher Bakken is the author of two books of poems: After Greece (winner of the 2001 T.S. Eliot Prize for Poetry) and Goat Funeral (awarded the Helen C. Smith prize by the Texas Institute of Letters for the best book of poetry in 2006). Bakken is also co-translator of The Lions’ Gate: Selected Poems of Titos Patrikios. He lived in Greece in the early 1990’s and returns to Greece every year. His poems and translations have appeared widely in the U.S. and in Greece, in journals like The Paris Review, Poiisi, Eleftheotypia, Athens News, and Modern Poetry in Translation. He edited the Greek and Cypriot portions of the Graywolf anthology New European Poets (2008). He is currently at work on a memoir called Island Solitude about his culinary and literary adventures in Greece.

The names of seashore towns run out to sea…
Elizabeth Bishop

That could be Paros, I say, though I know
its body only from maps: the blunt head,
two rabbit-ear peninsulas, the port.

You’ve already recognized Naxos,
its marble gate to the invisible
just beyond the town, all the ragged beads

of western bays where you floated, pregnant,
five whole days the last time we were here.
This year, above the thrum of two loud props,

our daughter babbles her own geography
in a tongue we haven’t managed to learn.
A heavy diaper since the airport, Rhodes,

she tantrums in the crowded seat until
you point out the window, islands below.
Mykonos.  Tinos.  Andros. A dragon’s tail.

Delos: discarded pit of an olive.
We taught her how to point and so she points,
translates all we say into her single vowels:

Below us now, the Aegean churns
like a sea of wings, waves bucking skyward.
There’s no place for her eyes to land, or ours.

Would we know home from here if we saw it?
Is it the water that makes us forget?
Yet the names of islands gestate in us

long after the Atlantic has replaced
this region where the glasses are always full
and the world is all whitewash, whitewash.

It is possible to believe in this.
We have supposed it lucky to be born,
as Whitman says we must. No ordinary faith

but an open-winged longing for more
love, deeper than our island solitudes.
So we announce for her everything we see:

words are flesh and blood we can devour
since in time they become what we’re made of.
Another year we’ll climb Thera’s gnarled spine,

go where the half-moon of Chios eyes Izmir
and Lesbos opens its ear to the sea.
Spetses.  Hydra.  Poros.  Aegina.

The world is too full, never time enough
or words–we’re even out of water now,
Athens coming into view. She gives up

the window for your breast until we land.
So many islands, so much blessed salt,
this feast we could not finish by ourselves.

from Milies to Tsangarada, Pelion

Always moving, with villages
fly-specked across the local map,
each boasting a profound new jam,
museums we’d rather not see,
and some destitute chestnut trees
making shade for a famous square.

Every square has been footnoted,
so we must see them all, in cars
liberated from rental lots.
Everything we claim is rented:
our spiffy mountain house, these wheels.
It’s all impermanent and strange.

And every road from here to there
was no doubt made to murder us,
each turn a sheared-off mountainside
impressed with shrine and crucifix
by someone who died, or didn’t.
Beyond that, mist and quiet air,

edges we want to peer over
since somewhere below is the cove
we’re driving for, with its promise
of simple wine and salt water.
Each switchback leads us deeper in:
shade, shade, then the predictable

sun-blitzed curve blasted from its rock
veering out again toward nothing.
Around one turn a gravel pile,
men willing their cement to dry.
Around another, battered trucks.
The shops are shut. Churches are locked.

Still we harden to it, grip down,
unfold the map another square,
tempered by the ordinary
fact of gravity, those moments
of clarifying emptiness
toward which we must steer, then swerve from.

What marks the shoulder between there
and asphalt, what absolves the air—
these defiant, raging clusters
of cream and blood-ripe azaleas
pitching like crowds of burning wings
we don’t have the guts to follow.

Our eyes grow sick of blossoming;
we long to shut them and move on,
ourselves exhausted in peak bloom,
five stamens bowing down each head,
deep-rooted things, clutching at cliff,
since they have nowhere else to go.

In this way, every morning, all the houses smoke.
–Yiannis Ritsos

They rescued five goddesses this year,
hauled from roots and mountain mud,
but today the men will wait before work,
fat with hunger, while women fry onions
and keftedakia in the cramped kitchen.
By noon I’ll join them, sweltering in pits,
peering my foreign eyes into their past
as we move earth and open it wider.

At Cafe Zeus Olympios, on this table
beneath a sagging trellis of grapes,
there’s always one ashtray and some salt.
And somewhere, another mound to excavate
–brush, pick, sift-screen, barrow–
silt and strata of an imagined nation
buried at the outskirts of what we see,
where our digging borders the grain fields.

Here I believe in stone, existence in the flesh,
this cool libation in a galvanized pail:
water enough to rinse the urns and shard pile.
In the long pause before our feast begins,
the city beneath us constantly returns
and new tendrils unfurl from crowded vines;
silence blazes around the page where I write
since the earth is god I am not dust but god.

I fled the tavern soaked with booze and gravitas,
stumbled into the scrub along the river,
cursing the whole crowd, their bouzouki kitsch,
the ardor of their mob confidence,
woke only when that shepherd Julianna
lit the pyre for her stillborn goat, wailed
against the spirit that claimed it too soon.
Understand that it was early—the grass
still slick, her firewood soggy with smoke.
The sycamores were involved with their fog.
The deer were busy hiding in the brush.
She had acacia blossoms in her braids
and I saw that a little pollen dusted
the shoulder where she’d rent her mourning shawl.
The dead one was wreathed with olive leaves,
a pile of grain uneaten at the mouth.
We made an odd society by that bank:
two humans too familiar with the dead,
the dead still waiting for someone to speak,
and the wilderness watching too,
the town behind us stupidly asleep.
What choice did I have? The goat was dead,
the girl pretty, the river risen too high.
It was for her the animal inside me
rose from its lair, shook off its winter sleep,
and I took her in my arms, and stoked the fire,
and helped her burn—oh heartless god—the little beast.

Disc, you were buried so long we forgot
how to read: hieratic or hieroglyphic,
surely these doodads signify something.

From rim to center your brave little men
and large-breasted women leap backwards
among shields and beehive thingamabobs.

Who’s chasing whom, where on earth, for what?
If only you were marble or hematite,
you might be venerable, sacred: but clay?

Foundling of fires unwilling to speak,
you make, along with us, companion carbon,
a common corporation of dust.

When the room fills with sun I leave my poems,
step to the balcony for cold coffee
and V.O.A. on the hotel’s transistor.
Some men have parked by the fountain
at the center of town: a farmer
and his son, the village idiot,
who paces with a finger up his nose.
Their rusted pick-up is packed with garlic,
a mountain of tidily braided skulls
afire with gritty scents of Pelion.
Kyria Roula calls them with a wave.
And, here, still balanced atop ladders,
paint-splattered Giorgos and Socrates
finish up another wall of whitewash.
I’ve taken their picture three times,
not because they want to be remembered
by me, no, for their children, ta paidia.
I could take another. They are perfect now.
But I’m thinking of the sea at Horefto,
those palaces of octopus and marl,
far as I could walk from the tourists,
from this village, its peninsula of stone,
where I spent the morning underwater
chasing clouds of sepia ink,
the water’s shadow, things that escape me.

Drizzle all morning: the revolution
has had to be postponed. Brave citizens
mob the streets, resume their Christmas shopping.

Immaculate taxis get lucky today
at Hotel Grande Bretagne. Now and then,
sunlight undresses the platitudes
of the Acropolis, pleasing us all.
The barbarians are wintering elsewhere.

Where we retreat for our afternoon ouzo,
beside ruins of Hadrian’s Library,
the jukebox won’t take drachmas anymore;
but in the heaven of this taverna
the students lie down with the generals,
relieving ancient sexual tensions.
Someone else’s war spills its guts on t.v.

As for me, well I’m Switzerland: alphorn,
yodel and all, armed with forty wristwatches.
I find I can drink in any language.

Memory—always tactful, always sure—
will not open its umbrella in here.

Released from a book in my briefcase,
free once more to take his secret police
out for a stroll, even Yiannis Ritsos
grumbles through the back door unnoticed.
He demands the last of my cigarettes,
ignores my jokes, scribbles inscrutable
faces on every cocktail napkin,
finishing each sentence the same one way:
the dead have no idea why they died.

When we wake the rowboat from its beach-sleep
it agrees to float, even surrenders
that fifth of island moonshine from its hull
which we use to wash down our oranges.

There’s a little chop that keeps us bobbing,
helping us do what the squid require:
yank the lines hard every third breath or so.
Let our jigged hooks romp along the bottom.

It’s not like here down there. These beasts hover
sideways, deeper than the light will go,
empty themselves out in order to move,
follow bait up till they see our shadows.

say, which has some psychological truth
at the level of obvious symbol,
or, like squid coughing clouds of home-made ink,
if I needed to show my jealousy;

or, these squid barking air in a bucket,
if misery was what I translated.
There’s some culinary truth beyond all this:
the grill, some lemon, the new olive oil.

As if we could really go out fishing
to empty such ideas from ourselves.
Poor words, swimming for shore from a rowboat.
Half the time my line was tangled on the oar.

But the cove has already said enough.
Its marble cliffs conduct light until dusk.
Its squid invent new colors as they die.
These offerings of orange peel for its depths. 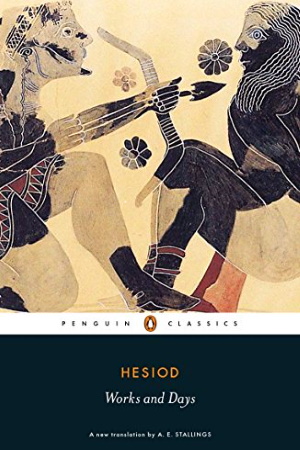