Dimitris Kalokyris was born in Rethymnon, Crete. He studied Greek literature and now works in the field of Graphic Design. He has designed more than 3000 book and magazine covers etc. He founded the literary magazine Tram (1971-1978), the literary and artistic magazine Chartis (Map, 1982-1987) and he also served as head of the magazine To Tetarto (The Fourth, 1985-1987). Also he has organised exhibition pavilions and museums in Greece and abroad. He has done several exhibitions of his collages and has illustrated many children’s books. He has taken part in many international conferences, congresses, various cultural events and literature festivals in Greece and abroad. His works have been translated into many languages.

Only before the age of twenty and after the age of sixty does anyone love. In other words, when the reasons run out, love is called upon.

I’m not quite sure how uranium smells – if it does smell at all – but that’s exactly what her neck smelt like: uranium. So that’s why they called her Urania, but in the North they called her Naxa for short. When she let down her hair, she let down her myth as well. On tying back her hair, she grew three years older on average. When she stayed perfectly still, due to some sensitivity of an allergic nature, numbers dotted her skin. There were many who spent years adding and dividing them in the hope that they could shatter her myth or, at least, make some sense, but in vain. The sum of the numbers had to do, they said, with the eruptions of volcanoes in Java; the product of the numbers with the cultivation of grain. Precisely how this came about I am in no position to tell you to this day.

Suetonius notes that Emperor Caligula, whose name is derived from the Latin caliga, that is, his army boots, established Greek and Roman rhetoric competitions in Lugdunum. The defeated were obliged to compose long-winded laudatory poems in honour of the victors and, if they were totally atrocious orators, they had to erase their writings with their tongues. Otherwise they were thrown into the river. Vae victis!

This was the tactic employed by Naxas’ occasional admirers, persisting in their task of erasing the numbers with their tongues, sucking square roots, throwing themselves into the suction of logarithms, fingering many-digit decimals until the much-desired result glowingly spurted forth, but alas! Whether they made calculations with a pencil or counted on their fingers, the imaginary numbers prevailed and allowed this lingual issue to swell out of proportion. Some of the illustrious men who tried their hand at the task were handymen and handcrafters, linguists, lip-servicers and stamp-lickers, of course, riders and the occasional mounter. Then again, perhaps all those who crowded in to the clouded sitting room of her life were but one person. Who? Let us bypass this question for the moment.

In her room she cultivated a strawberry in a ceramic pot and hung a tiny ivory star around her neck on a leather string to stave off hair growth. And like the Romans, the desolateness she left in her wake she regarded as serenity. Like the echo, it was her fate never to speak first and when others spoke to her, never to be able to remain silent.

It was claimed that she drew the celebrated numbers herself with caramel or chocolate, selecting the length of the decimal numbers in inverse proportion to the quotient of her anticipated forbearance and directly proportionate to the desired delight.

Because she was fond of learning and had what one could call an open mind, she could well have developed into a senior archmandrite or colonel of the artillery if beautiful women were permitted a career in these popular occupations. Only that she never fell in love because whenever she combed her hair, she upset her biological calendar, and her age, which constantly hovered below the limit, could never be precisely defined. And every time she looked into the mirror to touch up her make-up or dab on some lipstick, she cried out at herself with the wonder of the creator: “My God!”

She never existed though she frantically tried to exist. After all, are all those thousands of others that exist any better?

Published with the permission of Dimitris Kalokyris 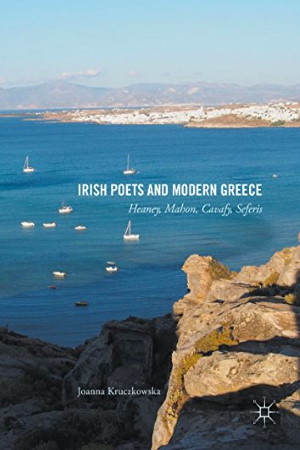