Skip to content
Once upon a time there was a man who … Well, that could be this very day too that Peregrinus – a man that does anything, yes literally anything to have a few minutes in the limelight – crosses your path. I found a text about this man that was nearly a couple of thousand years old and couldn’t resist a desire to publish a Swedish translation of Lucian’s story some years ago. I remember that I, in my postscript, emphasized the fact that all of us – well that is my belief anyhow – want our share of attention from time to time. But that some crave more and that that always seems to lead to downfall in the end.

I wrote that everyone wants to be seen, praised and feel the warmth from other human beings – from our very first day till the end. At both points of this journey it’s obviously a question of having basic needs satisfied and not an attempt to dominate the scene just to feel the sensations of fame and glory. Who has not seen, or rather heard, the hungry or wet baby that’ll do anything to catch his parents’ attention. What wonders some milk or dry clothes may do! Many – as a relative or nurse – has also faced the old woman who becomes so calm when one stops at her bedside. The muffled cry for help ceases the very moment one takes her hand or caresses her cheek.

During the period of our lives when we consider what roles we want, dare or have a chance to play – most of us end up as fairly anonymous actors. Still – the majority are satisfied with a handshake, a smile, a Christmas card or a phone call on their birthday. Others, though, have greater demands and wants at least some time in the limelight, hoping to hear the crowd’s applause.

But above the aforementioned and – I think – natural needs there are individuals that seems to have lost all foothold, require the whole scene to them and not settle for less than people worshipping their person. The consequences of these people’s arrogance must, of course, not be particularly devastating, but can nevertheless be quite taxing.

We most certainly are aware of the role market forces and other more deeply rooted psychological explanations may have in these shows, but it defends and explains nevertheless not always these excesses. At the same time one must, of course, admit that these exhibitionists – in its most innocent form – create materials to many a good story, not the least the one about Peregrinus – the main actor in Lucian of Samosates’ tale. This man will stop at nothing to achieve cult status and is prepared to carry out any action to achieve this goal.

That this character should have left us with this tale – nearly two millennia old – and thus lost its actuality is contradicted by, for example, the artist, who not so many years ago, was sending statues, depicting himself to several major cities in Europe. Or the athlete who told us that he was the greatest thing that ever lived. Well, the list of similar statements and actions only in the last few decades would become an endless reading.

So, where are we then? If we take a look at the present and compare it to the world the author of Peregrinus lived in – and consider then that it in between have been born many, many generations – emerges not the contour of one … unchangeably world or should one say – man?

Before we enjoy the first lines of this intriguing story it must be emphasized though that there are scholars that have quite a different view (see the link below to the full text of Lucian’s story and comments here: http://www.tertullian.org/rpearse/lucian/peregrinus.htm) and mean that Peregrinus final act bear witness of “an earnest seeker after truth” and not a man driven by folly.

Whatever anyone gathers the explanation might be, let’s see what Lucian (the author himself) said about the subject.

THE PASSING OF PEREGRINUS

Best wishes from Lucian to Cronius.

Unlucky Peregrinus, or, as he delighted to style himself, Proteus, has done exactly what Proteus in Homer did. After turning into everything for the sake of notoriety and achieving any number of transformations, here at last he has turned into fire; so great, it seems, was the love of notoriety that possessed him. And now your genial friend has got himself carbonified after the fashion of Empedocles, except that the latter at least tried to escape observation when he threw himself into the crater, while this gentleman waited for that one of the Greek festivals which draws the greatest crowds, heaped up a very large pyre, and leaped into it before all those, witnesses; he even addressed the Greeks on the subject not many days before his venture.

I think I can see you laughing heartily at the old man’s drivelling idiocy—-indeed, I hear you give tongue as you, naturally would: “Oh, the stupidity! Oh, the vainglory! Oh”—everything else that we are in the habit of saying about it all. Well, you are doing this at a distance and ‘with far greater security, but I said it right by the fire and even earlier in a great crowd of listeners, angering some of them—as many as admired the old man’s fool-hardiness; but there were others beside myself who laughed at him. However, I narrowly missed getting torn limb from limb for you by the Cynics just as Actaeon was by his dogs or his cousin Pentheus by the Maenads.

The complete mise en scène of the affair was as follows. You know, of course, what the playwright was like and what spectacular performances he presented his whole life long, outdoing Sophocles and Aeschylus. As for my part in it, as soon as I came to Elis, in going up by way of the gymnasium I overheard a Cynic bawling out the usual street-corner invocations to Virtue in a loud, harsh voice, and abusing everyone without exception. Then his harangue wound up with Proteus, and to the best of my ability I shall try to quote for you the very words he said. You will find the style familiar, of course, as you have often stood near them while they were ranting.

“Does anyone dare,”, he said, “to call Proteus vainglorious, O Earth, O sun, O rivers, O sea, O Heracles, god of Our fathers!—Proteus, who was imprisoned in Syria, who renounced five thousand talents in favour of his native hand, who was banished from the city of Rome, who is more conspicuous than the sun, who is able to rival Olympian Zeus himself? Because he has resolved to depart from life by way of fire, are there people who attribute this to vainglory?’ Why, did not Heracles do so? Did not Asclepius and Dionysus, by grace of the thunderbolt? Did not Empedocles end by leaping into the crater?”

When Theagenes —for that was the bawler’s name—said that, I asked a bystander, “What is the meaning of his talk about fire, and what have Heracles and Empedocles to do with Proteus?” “Before long,” he replied, Proteus is going to burn himself up at the Olympic festival.” “How,” said I, “and why?” Then he undertook to tell me, but the Cynic was bawling, so that it was impossible to hear anyone else. I listened, therefore, while he flooded us with the rest of his bilge-water and got off a lot of amazing hyperbole about – Proteus, for, not deigning to compare him with the man of Sinope, or his teacher Antisthenes, or even with Socrates himself, he summoned Zeus to the lists. Then, however, he decided to keep them about equal, and thus concluded his speech:

“These are the two noblest masterpieces that the world has seen—the Olympian Zeus, and Proteus; of the one, the creator and artist was Phidias, of the other, Nature. But now this holy image is about to depart from among men to gods, borne on the wings of fire, leaving us bereft.” After completing this discourse with copious perspiration, he shed tears in a highly ridiculous way and tore his hair, taking care not to pull very hard; and at length he was led away, sobbing as he went, by some of the Cynics, who strove to comfort him.

After him, another man went up at once, not permitting the throng to disperse, but pouring a libation on the previous sacrificial offerings while they were still ablaze. At first he laughed a long time, and obviously did it from the heart. Then he began somewhat after this fashion: “Since that accursed Theagenes terminated his pestilential remarks with the tears of Heraclitus, I, on the contrary, shall begin with the laughter of Democritus.” And again he went on laughing a long time, so that he drew most of us into doing likewise; Then, changing countenance, he said,

“Pray, what else, gentlemen, are we to do when we hear utterances so ridiculous, and see old men all but standing on their heads, in public for the sake of a little despicable notoriety? That you may know what manner of thing is this ‘holy image’ which is about to be burned up, give me your ears, for I have observed his character and kept an eye on his career from the beginning, and have ascertained various particulars from his fellow-citizens and people who cannot have helped knowing him thoroughly.

“This creation and masterpiece of nature, this Polyclitan canon, as soon as he came of age, was taken in adultery in Armenia and got a sound thrashing, but finally jumped down from the roof and made his escape, with a radish stopping his vent. Then he corrupted a handsome boy, and by paying three thousand drachmas to the boy’s parents, who were poor, bought himself off from being brought before the governor of the province of Asia.

“All this and the like of it I propose to pass over; for he was still unshapen clay, and our ‘holy image’ had not yet been consummated for us. What he did to his father, however, is very well worth hearing; but you all know it—you have heard how he strangled the aged man, unable to tolerate his living beyond sixty years. Then, when the affair had been noised abroad, he condemned himself to exile and roamed about, going to one country after another. 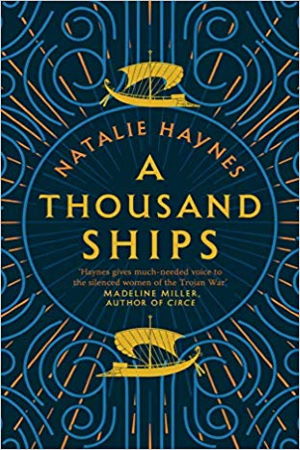