Germain Droogenbroodt, is an internationally appreciated poet, translator, publisher and promoter of modern international poetry. He wrote short stories and literary reviews, but mainly poetry, so far fourteen poetry books, published in more than 20 countries. He translated – he speaks six languages – more than thirty collections of international poetry. He organizes in Spain cultural events, is vice president of the Academy Mihai Eminescu, organizing the International Poetry Festival Craiova, co-founder and advisor of JUNPA (Japan Universal Poets Association) and founding president of the Spanish cultural foundation ITHACA. His poetry has been awarded a large number of international poetry prizes, including in Italy (Premio de Poesia Don Luigi di Liegro and I colori dell’anima). He is yearly invited to give recitals and conferences at universities and at the most prestigious poetry festivals around the world. He was nominated for the Nobel prize of Literature 2017. 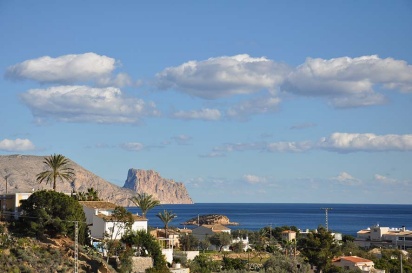 to a somewhere
or a nowhere

the day awakens with birdsong
and the unveiling of green mountains

the way a word hunter does
as he sets up his trap and waits
for the coming of the poem.

signs
that can only be deciphered
by the oracle of time.

View from my window in the morning

Two worlds, united by optical illusion:
the grey scaly water’s surface
that seems impenetrable
like a curtain of fog

which weighs on the earth
and spreads over the horizon,
blocking from view, further riddles
so that mystery remains.

hurry in both directions
and leave behind little more
than exhaust fumes and ungranted wishes.

Glistening blue
the water’s surface
on which two dots float

their nets
scour the sea-bed
catching fish or litter

the poet also
casts his nets day by day

if the catch will be light
or darkness.

For other contributions by Germain Droogenbroodt, please follow the link below:


THE ODYSSEY - HOMER - FROM BOOK III
“Nestor,” said he, “son of Neleus, honour to the Achaean name, you ask whence we come, and I will tell you. We come from Ithaca under Neritum, and the matter about which I would speak is of private not public import. I seek news of my unhappy father Ulysses, who is said to have sacked the town of Troy in company with yourself. We know what fate befell each one of the other heroes who fought at Troy, but as regards Ulysses heaven has hidden from us the knowledge even that he is dead at all, for no one can certify us in what place he perished, nor say whether he fell in battle on the mainland, or was lost at sea amid the waves of Amphitrite. Therefore I am suppliant at your knees, if haply you may be pleased to tell me of his melancholy end, whether you saw it with your own eyes, or heard it from some other traveller, for he was a man born to trouble. Do not soften things out of any pity for me, but tell me in all plainness exactly what you saw. If my brave father Ulysses ever did you loyal service, either by word or deed, when you Achaeans were harassed among the Trojans, bear it in mind now as in my favour and tell me truly all.”
Translator: Samuel Butler
This website uses cookies to improve your experience. We hope you're ok with this, but you can always opt-out if you wish. Accept Read More
Privacy & Cookies Policy