Nicholas Samaras’ first book won the Yale Series of Younger Poets Award (HANDS OF THE SADDLEMAKER). Fellowship Awards include the National Endowment for the Arts (NEA), Academy of American Poets, and the Lilly Endowment Foundation, etc.

His successive work has appeared or is forthcoming in The New Yorker, Poetry, The New York Times, New Republic, Kenyon Review, Image, etc. Currently living in West Nyack, New York, he currently serve as the Poetry Editor for The Adirondack Review.

Samaras is from Patmos, Greece (the “Island of the Apocalypse”) and, at the time of the Greek Junta (“Coup of the Generals”) was brought in exile to be raised further in America. He has lived in Greece, England, Wales, Switzerland, Austria, Yugoslavia, Jerusalem, and he writes from a place of permanent exile.

A WEEKEND IN GREECE

On the far edge of August, I flew in to say goodbye,
to let your hands mold me in flight once more and end it all.
Descending into Saturday, focusing through the crowd, I

found your face’s dark beauty. You took me to a hotel
on the bay, an alexandrite-blue. Opening the shutters
of the balcony onto a steamy twilight, I couldn’t tell

you I’d leave in the morning. So, we saw each other.
Gliding into each other’s arms, smiling and laughing,
I once thought we’d go on like this, casual and forever.

But, oh, we were a gold moon, large as a Byzantine coin, chafed
by wind and waning over the Piraeus port. We were distant
letters and colorful stamps. Darling, we were safe.

Out at midnight, harbor wind choreographed seagulls in flight.
High over the restaurant, they bobbed and rose ghostly,
suspended like the years between us, and plummeted.

Across the white tablecloth, our hands touched briefly.
I gave you a boxed, gold fob-watch, on the chain a gold cross
dangling. Your hands filled with new, ticking gold. Empty

and newly light, mine filled with the breeze
of my departure. This is love and geography’s slight.
On the far edge of August, on a weekend in Greece,
we dined on fish and white wine, toasted and said goodnight.

AN OLD MAN GOES TO SOLITUDE

Finally a leaving in every night, in every
opening and closing of electricity. A hearth
of coal sift, the red-flecked ash, the shivery
evening. Everything I warmed finally a dearth.

What I gave up, then, when love was a rumour,
when love was folklore at best: a boxed place
of spoken phosphor-light, language a tool for war.
Where war mouths and ruins language, effaces

names and the scant recognition of ourselves,
I closed the television, the bluing smoke
of creosote spiraling. My name unshelved,
I walked out of borders, the papers revoked,

the night a lost parchment of release. I shuffled
to a last place where stars aren’t blackened
out by a city’s aura. I went where a path graveled
under a peninsula’s forest, down to the slack end

of a shore, a tide and draw where wildflowers bind
the ground. What I gave up was a noise of language
for a clarity of something, the hearth of a grave to send
me along to my own whitened father. Now, in the budge

of time left, I will wake in an hour I am unused to,
a passing handsweep in which the knaplight shows
its thread and its bare. I’ll notice everything new
again–the mutable boundary of surf, the bright close

of the harbor. A distant approach. I’ll linger
unspoken on the sill of the dawning sea
and hold to the uncreated light just a while longer.
The world is still marvellous enough for me.

This is the grey smudge of time.

Precarious ascent. A place light-
refracted and shimmering.
The far away close to touch.

I rest on a fragile balcony
edging
the space of the world.

Between my scuffed shoes
and the grey boards,
the sheer cliff dives below.

Through the hours of no horizon,
nothing but the outlying, hazed
blue of water fading

into the hazy beginning of atmosphere.
No difference where
water ends and sky.

In this rarity of air,
I put up my hand to pluck the floating sky,
palm away a cup of blue.

Down and away, distance
flees from us.
Half-visible, the red liquid

of the sun’s corona
drowns last distinctions,
plunges us into a world

of lamp shadow and slicklight.
I could be happy apart from my life
where these hours and curvatures bring me.

For days, I surface
into a thin spirit
of morning air to view

Everything smoky and quiet.
The breath and scent of green leaves.
The trilling of birdlife.

Haven’t you ever wanted to be so immersed?
I would live here on Oros, finally
alone with silence

and wavering light,
in a simple hut,
a fireplace

and wood for winter,
a spot on the floor for a bed,
the fluency of prayer everywhere.

Give me the space to go grey with this,
the watery height and rim of the globe,
the one distance

IN THE WAKE OF EXILE

You have been in exile for two weeks.

Boarding the boat that takes you,
you are somewhere far off,
forgetting something,
stitching through a necklace of islands.
It is the journey you make in winter.
The moaning of engines, the heavy
rumble below deck on a black-onyx sea.
You do not eat, and grow invisible.
Stripped of everything,
you sleep like this:
In a berth the size of your body,
your face stubbed into the lumpy pillow,
your left palm cradling
your bruised testicles.
The string of lights fades in the hazy black.
The long beard you said goodbye to.
The long beard you know you are becoming.
The book you translate in your sleep.
On gaunt legs that feel unlike yours,
you leave the cabin and haunt the deck.
Stern-side, the gibbous moon
puddles in the froth of the wake.
Peer into the darkness.
Write this star down.

His Eminence said, Stay for breakfast, but I wanted to walk.

Moments down the path, tank mortars smashed behind me into the palace.

I was standing still and running back.

I broke across the fetch—wind moving—everything in slow motion—saw
a guard shot, his blood stippled against the white presidential wall
like impressionist art.

My legs ran.
I hid in lemon groves till their vitamin light drained away.

I moved north by shards of mooncast.
I pulled the earth over me and slept by day.

Then, the invasion came everywhere.

I was awakened by a tapping gun muzzle against my ribcage, and taken.

A stolen home. A stolen room.

They left me in a stark cell swept bare of its furniture, its life.

I heard thumping and thumping. Someone crying, walls away.
I pieced together the faintest, muffled invocations in the next room.

The hours were worse when the crying stopped.

The door to my room barked open. We don’t speak of this.

What day was it, next?
Without words, they dragged me outside into a dusty sun, and let me go.

I walked slowly to a town for water.

When there began a light rain, I believed in God.

NO COUNTRIES BUT THE DISTANCE OF THE WORLD

And the smoke of the incense rose
with the prayers of the saints
from the hand of the angel before God.

–The Book of Revelation

My life has always been too large for me. Deep in the heart of darkest America,
no country was sufficient. Only air became enough and able to speak to me

in its transparent, fleeing vowels moving me out of myself, to a place
of no fences, an horizon that spans the circumference of zero, this distance

with everything yet in front. I wanted to find the physical, the rooted place
of least walls where we can approach ending or the expanse of ending.

In a place of earth and spread of ocean, olive to blue to grey in the brace
of light, I stood on the edge of a sunlit cliff, and it was enough to stand—

the sun on my face uplifted, the sun in all its benevolent fury warming
the outstretched splintered sea. Here where I stood rooted and reaching,

I spoke of reality and reality came in its moment. Oh, look at it and see.
In the space of this earthen wall and this sea that changes color

but does not change, this light and this light, the white and gold dissolve
of all ahead of me, what was the word within my breathing chest?

Not the barbed words of those who ever cut me, the wounds
I still carried for comfort. And here, my wise father beside me forever,

who said whatever happened to me personally was nothing, for it all
happens to everyone, as well. I was never hurt more than anyone else

was ever hurt. I bless him forever for that gift. Through his sainted breath
and language, it was never myself alone. It was myself wanting containment,

but wanting exhalation more. I wanted both parts of the contradiction.
I wanted to read of last things for a while—and move beyond. After hurt,

I found I can still love the world because I can still imagine the world.
Past words that may praise or scold—through language and breath, then,

I am getting to the world. My purpose has always been the world.
What could be the word? When all I ever wanted then was three chords

and the truth. Not the lie that begins everything wrong. There is only
the simple, only human dignity and we must bear the quiet witness.

to meet the world. So, I came to stand in this place of light, looking
for a country autocephalous, a soul rising like vapor, giving my words

to the one wide chasm. If language is wounding, it can also be redemption.
Then, I choose redemption and the language of redemption, walking

forward, eyes focused ahead to this moment and then, this moment.
Look back and History doesn’t justify. It is a sin to love someone

else’s tragedy just because it is exotic. Because oppression is oppression,
no matter who the victim or who the aggressor. If we say

Dachau and Golan, if we say Belfast, Cyprus, Aberfan: no privilege.
If we say holocaust and holocaust: no privilege because oppression

is oppression, no matter the circumstance or degree–public or personal.
If the world is broken, it doesn’t mean permanently as long as there’s time.

What is optimism but the ability to work with time and the world in time?
In air brine-heavy, I breathed out the beginning holocaust of the lie

within me, and inhaled the salted Yes of the world, the smoke-cured
ascent, the feel of distance growing near. In a twilight, I stood

responsible in my body. I looked out over the curving geography
of the globe, and the smoke of the incense rose with the prayers of the saints

from the hand of the angel before God. It was touching, that foggy
blue and grey, and it was enough for the equal moment I remained in.

Oh, light and spiraling waft of light, it was a quiet witness that did not speak
but was enough to just be there, a body in time, a testament of silence 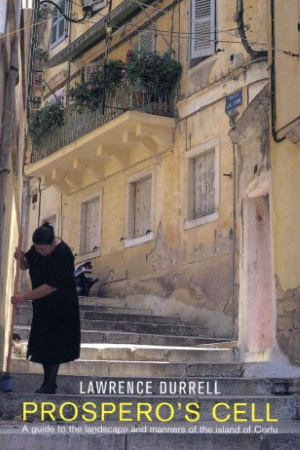