OĞUZ TANSEL – Poet and folklorist (b. February 15, 1915 – d. October 30, 1994) took up teaching as a profession as early as 1938 while studying at the Department of the Turkish Language and Literature of the Faculty of Literature at the University of İstanbul and gave it up in 1969 when he retired for health reasons.

His early poems employing rhyme and rhythm were published in the periodicals Servetifünun and Varlık and his first article appeared in Halk Bilgisi Haberleri (1937). After 1940 he was seen to turn to free verse and was noted among Turkish poets of the 1940 generation. He gained recognition with the poems and articles published in numerous literary periodicals such as Varlık, Aydınlık, Yelken, Yeditepe, Kaynak, Dost, Güney, Türk Sanatı, Kıyı, Türk Dili.

Oğuz Tansel is a uniquely lyrical voice among the Turkish poets of the 1940 generation. Adnan Binyazar compares him to “a mythical bird with three wings,” and goes on to say “that he stands out not due to his similarities, but due to his dissimilarities to others in having assimilated folklore together with modern human thought to create wisdom of his own.”

Kemal Özer says that, “among the poets of the 1940 generation who underwent an invasion in the artistic and political sense resulting in a common style and content, we see Oğuz Tansel as one of those to stands most, outside this general framework.”

Eray Canberk had the following to say about Oğuz Tansel’s poetry: “. . . These poems sound to me like a new voice from an ancient world. Not only does nature exist in those poems, but also, a nature loving person wishing to live in peace with nature while in strife and treating nature as if it were human. . . What is most unique about Tansel is, that he has fused the poetry of ancient civilizations and our own folk poetry which have both flourished over the same tract of land. In this poetry, the veins of humanism, struggle for peace and freedom and socialism eventually converge in a main artery.

Alongside writing poetry, Tansel was the scholar who, with his collection of Turkish folk tales he had recorded between the years of 1942 and 1948 in the province of Amasya, made the highest contribution-over forty types of Turkish folk tales- to the Typen Türkischer Volksmarchen catalog prepared by professors Pertev Naili Boratav and Wolfram Eberhard.

Oğuz Tansel was first to receive the Children’s Literature Award given for the first time in 1977 by the Turkish Linguistics Society. He made an important contribution to Turkish national culture with those folk tales published as children’s books. With the mastery and meticulousness derived from his poetic skill, he formed a unique, fluent narrative style.

His poems were composed to music by the American composer Prof. Bruce Reiprich. And recorded live on a CD titled Salkım Söğüt, or The Weeping Willow. On the first anniversary of his death in 1995, his friends had a book The Mythical Bird with Three Wings: Oğuz Tansel (Üç Kanatlı Masal Kuşu: Oğuz Tansel) published for him.

ON THE WAY TO SARIKIZ

I can’t tell whether it was real or it was in a dream. Was it at Mount Ararat, or Mount Olympus, or Mount Ida? It was a sunny day. Dawn’s myriad colors had covered the forest on the plain near the peak of the mountain. A big, magnificent plane tree embraced the clouds in the sky. Between the tree’s spreading branches and leaves which could provide shade for a whole village, twitterings of the colorful birds made the pine trees and hornbeams quiver and rocked the mountain to its foundation.

The magic of this scene of dazzling beauty created awesome yet lovingly fertile feelings in my mind. The dawn was breaking and everything became discernible. At that moment the plashings of water caressed my ears and poured into my being. I was almost awakened. At the foot of the plane tree first three, then seven, then forty and then thousands of sources of light appeared. Waters running around and under the plane tree were flowing in a riot of luminous colors as if they were vying with the colors of the dawn; they formed a crimson lake. Blooming colored rings from the springs were dazzlingly beautiful; a dynamic force had transformed the plane tree into a world of dancing fairies in a circle of fire.

The water in this luminescent small lake was changing every minute. There were innumerable shades of reds, blues and oranges from the lightest to the darkest. According to the mountain villagers’ lore the fountain of life resided in one of these springs, but since its place and colors changed all the time it was impossible to find its exact location. Those who had spent a lifetime to find the fountain of life were not rewarded. For, the Queen of the Pigeons had not told anyone in which month of the year and in which hour of the day this water could be found and imbibed.

I stood in the midst of a huge crowd of people. All eyes converged on the forty pigeons taking off and swaying in the sky like clouds. Swooping down, they turned around the big plane tree seven times. Flutterings of their wings made the forest quiver. The pigeons alighted on the shore of the lake. They took their places, they shook themselves and became forty dazzlingly beautiful maidens and dove into the water of a thousand colors. The last and most beautiful one was their queen. As they were making the waters bubble and bloom, the shepherd who was looking for his lost love arrived.

At the beginning before the universe found its form in infinity
It was a nebulous mass – Dazzling Beauty half asleep, half awake
Was a seamless whole – raging, red-hot and lively.
Suns, stars, moons were almost non-existent.
A luminous cloud: the space was bustling with movement;
Colors and seasons were reveling in unity,
The struggle for form was in the essence of motion.
Billions of light years passed by in a fiery chaos,
Blasts with desire, pileups with joy…
After a long interval the mighty sun took its place;
In one of those firsts the beautiful earth was born.
The clouds carrying the seeds of love tumbled and flew,
The Zodiac was fixed – each planet settled into its orbit;
Brilliant days and tarblack nights came long after;

Much later space produced water from its essence,
And beautiful cumulous clouds with lightnings of longing.
Finally the laws of the universe unraveled the knots.
Magnificent mountains and turbulent waters converged happily.
The marriage of plants and animals was legendary.
Dazzling Beauty leavened the senses and love, then came intelligence.
We walked from the Jovial Dipsizgől30 enthralled
Accompanied by Dazzling Beauty.

For other contributions by Oğuz Tansel, please follow the link below:

Published with the permission of Ülkün Tansel & Prof. Aysıt Tansel 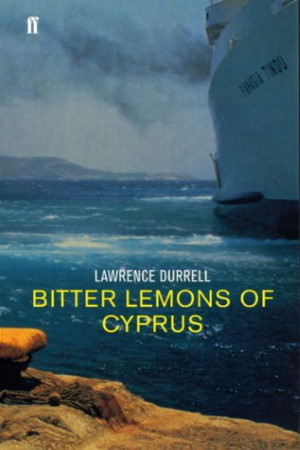