Dr. Patricia Falkenburg, *1961, molecular biologist, poet writing in German and English and visual artist. Born in Mannheim she currently lives in Pulheim near Cologne. Poems have been published in numerous anthologies, journals, and blogs. “Portugiesische Notizen”—Portuguese notes—was published in 2019 as LyrikHeft 24 with Sonnenberg-Presse, Chemnitz.

I am
Viewing the sea.
Every day after day and each.
My eyes hold an ocean.
All saltblind I search for him
The beloved, the one-and-only.

Even in deep sleep I am
Seaing behind the horizon.
But all I see is glittering
Silence and deep ocean.

Penelope 1: Odyscene
Standing. She is standing. Penelope. Standing at the window as at a cliff. It will be hot; after all, it is always hot on her island. She does not feel it. She is shivering. The sun doesn’t touch her these days.

It’s 20 years now since he left her. He, the king—at least that’s what they call him and thus praise themselves. After all, this island—too scant to provide sustenance for horses or cattle—is thus raised to royal state. 20 years since he left her, it is. Left her to return another woman, one disloyal, to another man by means of quite a lot of turmoil and battle and quite a number of cunning ruses. But that’s another story. The other story. He has become rather famous in the event. She has been told a lot of stories over the 20 years. Everybody else, all his fellows meanwhile are back home. All of them, including the other one and his wife. He alone, Ulysses, is missing still and she, Penelope, is still waiting for his return. 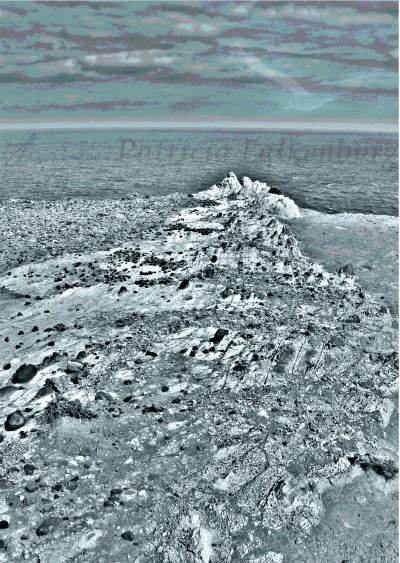 Winds. In wonder winds
Lie dormant. Deep
In obedience. Sealed down.
Storm sleeping in its
Own eye. Holding its
Breath, down in a bag.
Weird winds lie in waiting
Side by side in a bag.

And men are sitting
In a boat, side by side,
While one is sleeping.
Sitting and talking
Together. Of riches denied. Of
Bounty and presents. And
Dreaming of riches sealed
Close. So close in a bag.

Does the hand tremble
That unties the bag?

Weird winds
Tumbling over each other
Roar to freedom.

Men tumble to the
Deep ocean’s ground. Drowning
Together at the end
Of a dream.

And one is awaking.
And a safe return
Is once again
Forsaken.

Blown: Odyscene
There’s an island afloat in the sea. Some one lives there, content, with his family of six sons and six daughters. His is powered to command all winds. Bespoken he is to be their keeper.
He has been willing enough to receive the scattered band. Has been willing enough to have their stories and has kept them well. Over four weeks he offered hospitality and listened to the tales. Then he allows them farewell. Not without a present for the gifted narrator as custom demands. It’s a sack of ox-hide, carefully fastened with a string of silver so that not even the slightest breeze might escape. Because this sacks holds all the winds that good Aiolus commands. Borealis, easterly, irate southerly and raging westerly. All of them. Aiolus then orders a fair and gentle wind to fill the sails and off they go, over the deep blue sea.
If only there were no such things as avidity and envy. And untimely curiosity. They have been sailing for nine days now and Ithaca’s lights have come in view when Ulysses succumbs to sleep. He has steered the vessel for nine days and for nine days the crew has been puzzling over the sack that old Aiolus gave to their leader. Judged by the silver tie, its contents will be precious enough, they reckon. And nobody talked of sharing with companions which rankles with them quite seriously. But now, at last, he has fallen asleep, Ulysses. Tomorrow they will disembark. Last chance, then, and no time to lose to untie the sack. 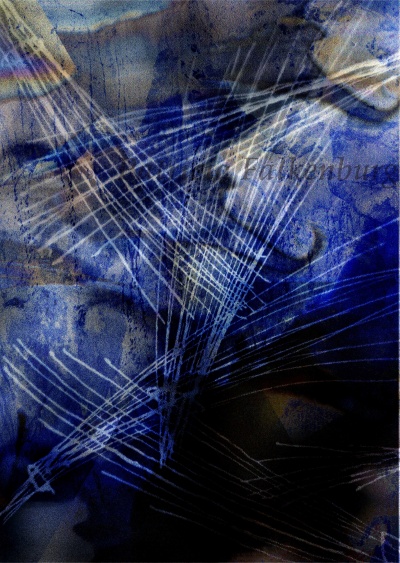 No-one’s Songs (“Niemandslieder” in German) is a sequence of poems exploring the tales of the Odyssey, the hidden and the well-known. The poems are contrasted by Odyscenes in prose which link them to the main text. Furthermore, they are accompanied by fotovisualisations which use their own way of exploring the story and what became of it.

For other contributions by Patricia Falkenburg, please follow the link below:


THE ODYSSEY - HOMER - FROM BOOK I
And Minerva said, “There is no fear of your race dying out yet, while Penelope has such a fine son as you are. But tell me, and tell me true, what is the meaning of all this feasting, and who are these people? What is it all about? Have you some banquet, or is there a wedding in the family—for no one seems to be bringing any provisions of his own? And the guests—how atrociously they are behaving; what riot they make over the whole house; it is enough to disgust any respectable person who comes near them.”
Translator: Samuel Butler
This website uses cookies to improve your experience. We hope you're ok with this, but you can always opt-out if you wish. Accept Read More
Privacy & Cookies Policy